USD/JPY slides after the Fed and BOJ interest rate decisions 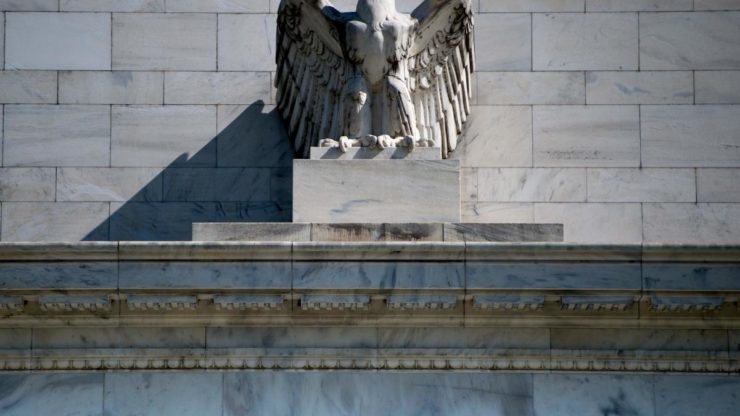 The USD/JPY pair dropped sharply yesterday before and after the Federal Reserve (Fed) rate decision. Today, the pair erased some of those losses as traders reflected on the Bank of Japan (BOJ) interest rate decision. It is trading at 105.05, which is slightly above the overnight low of 104.80.

In its closely-watched rate decision, the Fed decided to leave interest rates in the United States unchanged. That was in line with what analysts polled by Reuters and CNBC were expecting. It was also in line with the previous statement by Jerome Powell about future rate increases.

The bank also left the ongoing pace of asset purchases – quantitative easing – unchanged as it continues to support the economy. In its dot plot, 13 of the 17 members expect that the bank will leave rates at this level at least until 2023. In the accompanying statement, the Fed said that it will not be in a hurry to hike interest rates even after the rate of inflation rises to above 2%.

The US economy has made some strong recovery in the past few months. Indeed, it has recovered faster than what the bank was expected. But this recovery is far from complete as evidenced by the recent data. Yesterday, data from the US showed that retail salesgrowth eased in August after the $600 extra unemployment benefits ended. And earlier this month, data showed that the economy added just 1.37 million jobs. That was lower than the 1.4 million that analysts were expecting.

The USD/JPY will later today react to the US jobless claims, housing starts, building permits, and Philadelphia Fed manufacturing index.

The USD/JPY rose slightly after the Bank of Japan delivered its rate decision. Like the Fed, the BOJ left its policy measures intact. It left the interest rate unchanged at minus 0.1% as most analysts were expecting. It also continued with its yield curve control program. That is a program in which the bank buys as much assets as possible in a bid to keep the yield of the 10-year treasuries at zero.

“The bank will continue with quantitative and qualitative monetary easing with yield curve control, aiming to achieve the price stability target of 2%, as long as it is necessary for maintaining that target in a stable manner.”

The USD/JPY pair is trading at 105.05, which is slightly below the 50-day and 25-day exponential moving averages. The price is also slightly below the 38.2% Fibonacci retracement level. Also, the price is below the descending orange trend. But it is also above the important support at 104.11. Therefore, I suspect that the pair will continue falling as bears aim for this support.

The post USD/JPY slides after the Fed and BOJ interest rate decisions appeared first on Invezz.