‘Continued Economic Rebound’: Stock Market Update For The Week Ahead

The Past Week, In A Nutshell

Remember This: “Regardless of who may win the election, we think the continued economic rebound will support future equity gains,” said Ryan Detrick, chief market strategist at LPL Financial.

“Further, we don’t think it is wise to base long-term portfolio decisions on the outcome of an election. In similarly polarizing elections in 2008 and 2016, investors who maintained their stock allocations were rewarded with future gains.” 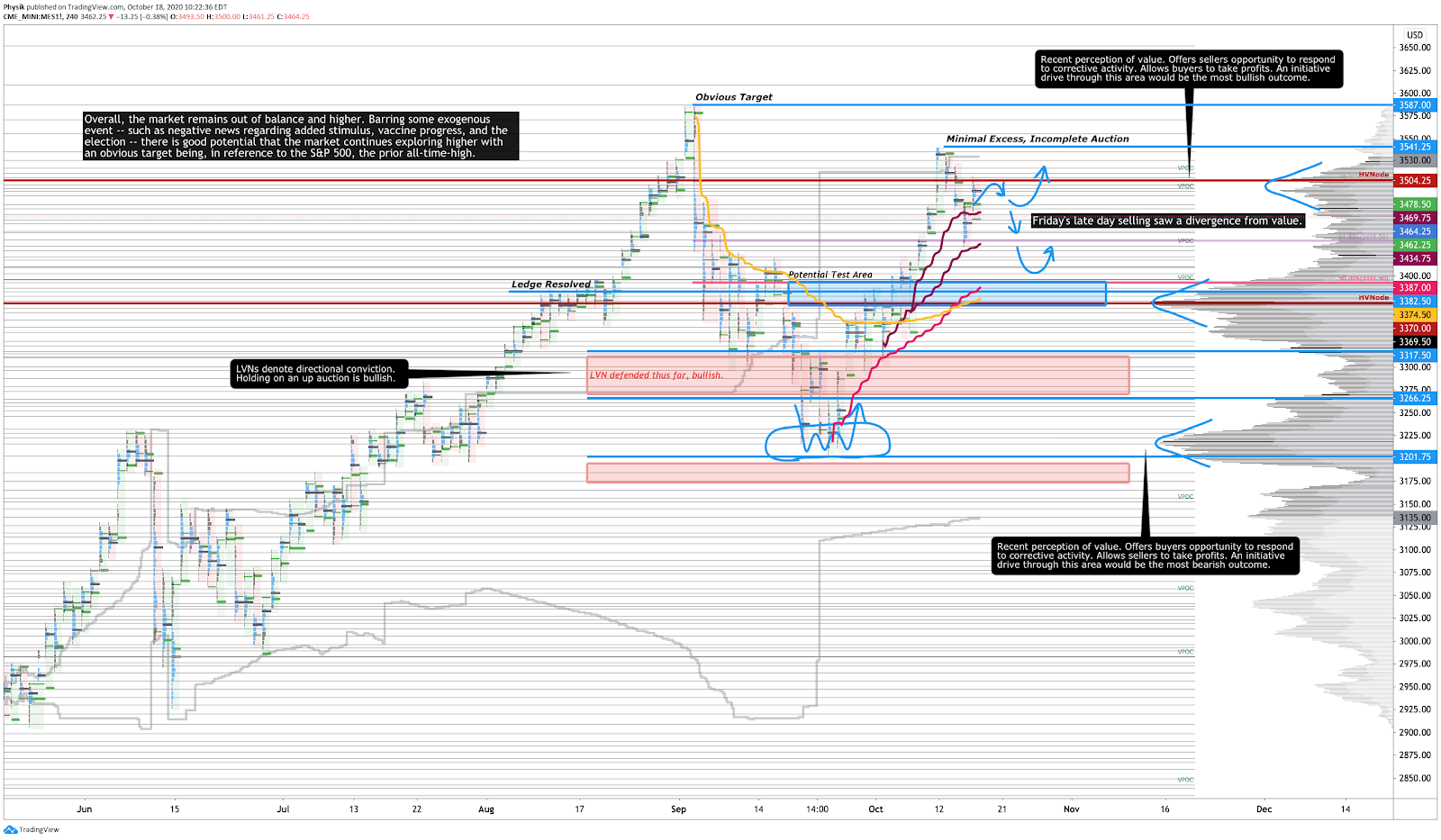 Broad-market equity indices ended the week higher with S&P 500 retracing more than 80% of its September sell-off.

Recapping Last Week’s Action: Alongside fiscal stimulus hopes, U.S. index products surged past and built value above a major high-volume concentration as initiative participants (i.e., those buying within or above prior value) showed continued confidence to explore higher.

As the week progressed, however, Johnson & Johnson (NYSE: JNJ) suspended its vaccine trials and expectations regarding further stimulus tempered. The weakness was exacerbated by the prior week’s emotional activity which attracted an enormous amount of speculative derivatives activity and left behind poor structures that offer little-to-no support; as the monthly options expiry neared and dealers unwound their hedges, the market endured a quick correction of the poor structure.

Overall, the market remains out of balance and higher. Barring some exogenous event — such as negative news regarding added stimulus, vaccine progress, and the election — there is good potential that the market continues exploring higher with an obvious target being, in reference to …